Spokane is nicknamed "The Lilac City", and it makes sense since lilacs grow all over this area.  (If you've never been to the Lilac Gardens at Manito Park in May, you're missing out!)  Anyway, we have something of a lilac forest in back of our house.  They are beautiful and their fragrance pervades our yard when they're in bloom, but unfortunately the blooms don't last long.  Last week they were amazing; this week they're already a bit past their prime.  Here are two of the varieties we have: 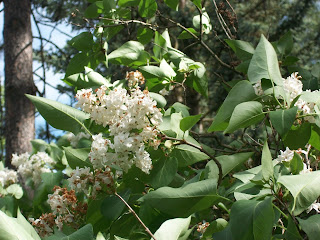 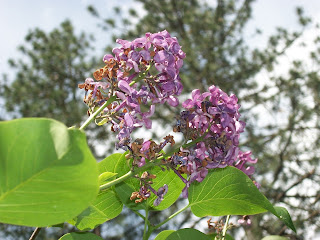 Anita Sarkeesian of Feminist Frequency just released the second video in her Tropes vs. Women in Video Games series, Damsel in Distress, Part 2.  And it's fabulous.  Please note that Anita did put a trigger warning on this video because of the graphic depictions of violence in some of the video game clips she shows to demonstrate variations of the damsel in distress trope.


A few gems from the video:

"Given the reality of [the] larger cultural context, it goes without saying that it's dangerously irresponsible to be creating games in which players are encouraged and even required to perform violence against women in order to save them."

"Even though most of the games that we're talking about don't explicitly condone violence against women, nevertheless, they trivialize and exploit female suffering as a way to ratchet up the emotional or sexual stakes for the player."

"These 'failed hero' stories are really about the perceived loss of masculinity and then the quest to regain that masculinity primarily by exerting dominance and control through the performance of violence on others.  Consequently, violent revenge-based narratives repeated ad nauseum can also be harmful to men because they help to further limit the possible responses men are allowed to have when faced with death or tragedy.

"Women shouldn't be mere disposable objects or symbolic pawns in stories about men and their own struggles with patriarchal expectations and inadequacies."

Waiting with bated breath for the rest of the series to slowly, oh-so-slowly, be released!

Every once in a while I check a bunch of picture books out of the library.  This blog doesn't really focus on little kids' books, but I wanted to quickly share a delightful one I just read.  It's called Mr. and Mrs. God in the Creation Kitchen. 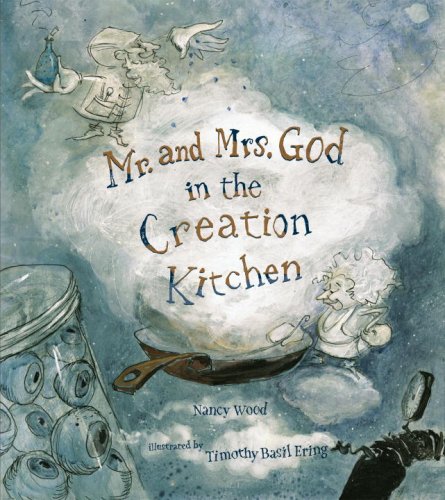 I wrote a brief review on Goodreads here.  I love that Mr. God created the dinosaurs, of which Mrs. God did not approve, and then Mrs. God created the myriad of colorful fish to fill the oceans.  And their relationship is just fun.  So, so cute!

Y'all are probably getting tired of these folk songs I keep posting from the Little House series, but I'm loving discovering all this music I didn't know before.  So here are just a couple more that the family sang while Pa fiddled on dark, winter evenings in By the Shores of Silver Lake (Chapter 22, "Happy Winter Days" to be specific).