I've had a cold this week, so I've been less productive than I had hoped, but I still managed to keep on with Lenten efforts.  My freezer is defrosted and reorganized, my refrigerator has never been cleaner, the laundry room is much less cluttered, and my hall closet by the front door holds far fewer coats than it used to.

Along with the 30 Days of Yoga series and the Foundations of Yoga series, Yoga with Adriene has a specific video for yoga when you're sick.  It was nice to be able to take it a little easy on my poor congested head, but I don't think that I'll ever really like the "downward-facing dog" pose. Ever.

I managed to change out of my pajamas, shower, and remain vertical long enough to attend book club last night.  We discussed Wonder by R.J. Palacio and Stargirl by Jerry Spinelli; two heart-warming books with complementary messages of accepting others, being "kinder than necessary", and living as your genuine, authentic self.  Good food, good conversation, book club is one of my favorite evenings of the month!

Along the book club theme, a couple of days ago, a facebook friend linked to this post on 9 Tricks to Look Smart in a Book Club.  No one wore a scarf last night, but I was sipping lemon tea with honey.  And I did share a quote from Wonder.  I'll have to try some of the other techniques next month...

And this gave me a chuckle this week: "If Dr. Seuss had been a little less subtle" 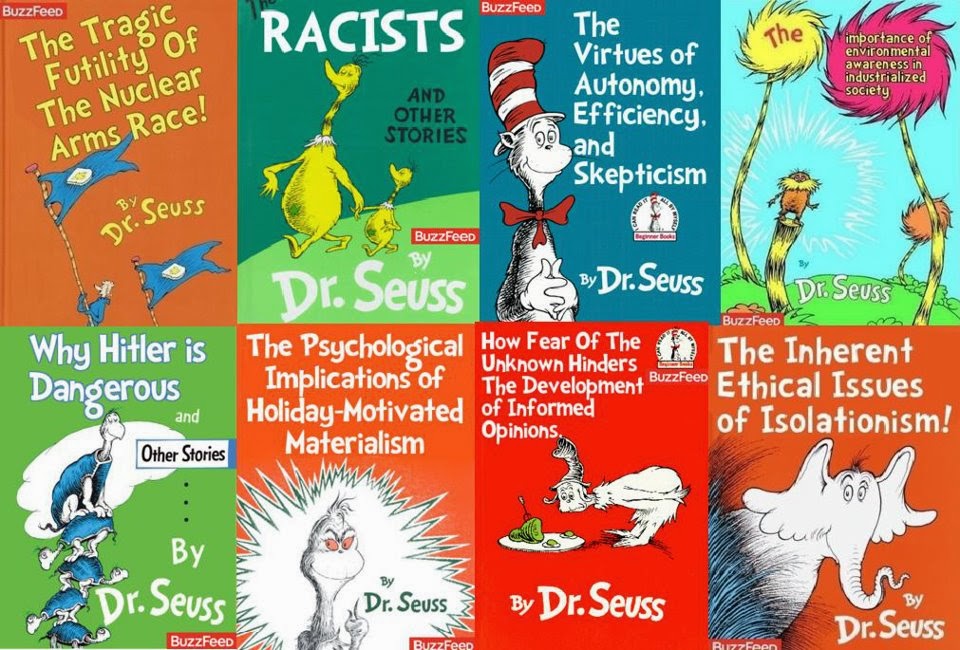 I particularly appreciate the reworking of Green Eggs and Ham and The Cat in the Hat.
Posted by Unknown at 8:23 AM