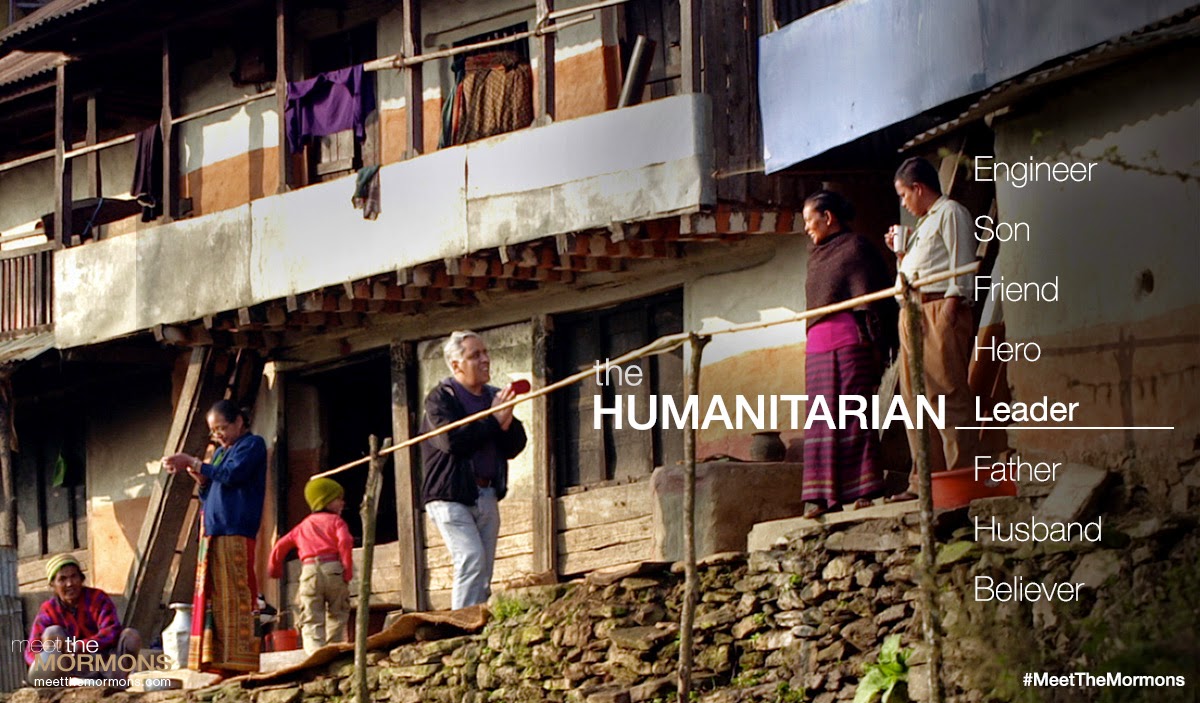 Because I write for SpokaneFAVS, I had access to a screening copy of the film Meet the Mormons, which opens in a handful of theatres across the country tonight and tomorrow.

The film has excellent productive values and tells touching stories of six real people and how the gospel of Jesus Christ informs their daily lives in ways big and small.

Occasionally it's a bit heavy-handed with "telling" rather than "showing," and the narration, which is very effective during the introduction, seems obtrusive at later points in the film.  It's kind of like six extended "I'm a Mormon" pieces strung together - and that's not necessarily a bad thing as I think those shorts are very effective pieces.  The film comes across as more marketing than documentary - again, not necessarily a bad thing, but it changes the expectations a bit.  This is not a film to watch to gain an understanding of deep LDS doctrine or even basic LDS beliefs beyond very general, common-ground ideas like follow Jesus, serve others, be kind.  It aims instead to demonstrate how members of the Church put those ideals into practice.

Despite the title, I think Meet the Mormons is perhaps more valuable viewing for members of The Church of Jesus Christ of Latter-day Saints than those not of our faith.  It's very easy to get comfortable with conformity and to start to see diversity of any kind as something uncomfortable and even wrong.  This film showcases quite a bit of the diversity to be found in this worldwide church, though I would have liked to see even more women and international members featured as well as other kinds of diversity. It's a reminder that there are many — both LDS and those of other faiths — who choose to live the gospel in ways that are different, but no less valid, faithful, and righteous than our choices.

Read my full review on SpokaneFAVS and then let me know what you think!
Posted by Unknown at 6:52 AM