Tomorrow is International Women's Day.  I don't have any big plans (except setting up and then chaperoning a youth dance that night), though I'll make sure to wear purple, the official color of IWD. What are you guys doing to recognize the day?

The only fashion blog I follow is "How Not to Dress Like a Mom" and more as a source of entertainment, mingled with at the end of most weeks Jae posts these hilarious compilations of "avant garde" fashion in what she calls "Freaky Friday".  Today's made me almost fall out of my chair laughing.  One example: 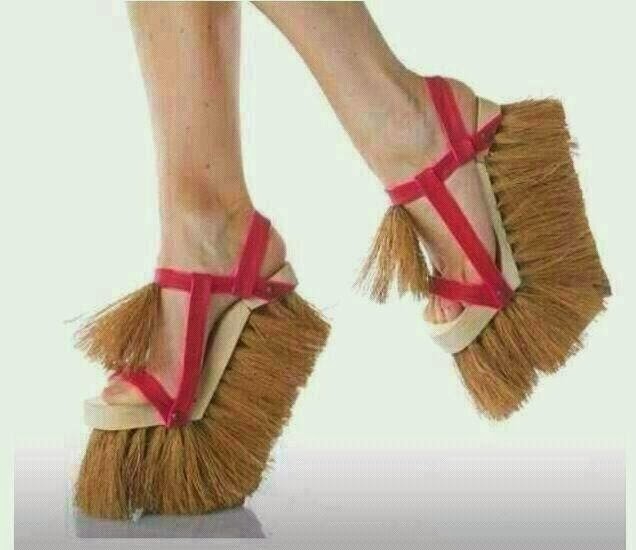 I wept bitter tears when Bill Watterson announced his retirement from the Calvin & Hobbes comic strips, and then again when I actually read that final panel.  He left us wanting more for almost 20 years now, and the dull ache of something missing has barely faded.

And now, behold!  He has reappeared!!!

Watterson drew the film poster for a new documentary called Stripped about - surprise! - comic strips.  And even better, Watterson appears in the documentary in an extremely rare - like, I don't think he's ever given one - interview.

I will move heaven and earth to get to a screening of this film.  Who's with me?!?!?

I love the Mormon Women Project and the profiles it features of such a wide variety of diverse Mormon women.  Mormon women are not - and should not be - monolithic!

This recent interview with Raquel Cook introduced me to an amazing woman who has done some incredible things with her life so far.  She's met the Dalai Lama and Mother Teresa; she was in the World Trade Center on September 11, 2001; she's studied at Oxford and lived and traveled all over the world. I'm sure there are more great things to come!