Anita Sarkeesian has released a new episode in her Tropes vs. Women in Video Games series, the first of several to focus on Positive Female Characters.  I've never heard of this game, but I'm definitely intrigued.


When archetypal fantasy heroes in games are overwhelmingly portrayed as men, it reinforces the idea that men’s experiences are universal and that women’s experiences are gendered, that women should be able to empathize with male characters but that men needn’t be able to identify with women’s stories. Sword & Sworcery gives us a female protagonist and encourages us to see her as a hero first and foremost, one who also just happens to be a woman.

I recently discovered a new TV series that I'm loving: Scott & Bailey.  (Not to be confused with Scott Bailey, the actor.)  Janet Scott & Rachel Bailey are two detective constables in the Major Incident Team - investigating murder, rape, and other serious crimes - in Manchester, United Kingdom.  And they are real, complex, interesting characters, people who are incredibly good at what they do who happen to be women.

The first three seasons are available on Hulu and, like many other British series, they are short: just six to eight episodes each.  (There's a bit of language and it deals with some rough topics, so if you're sensitive to that stuff, be aware before you watch.)

A couple of weekend ago we took a family hike up in the Dishman Hills.  It was really windy, especially on top, and pretty cold when the sun went behind the clouds, but the views were fantastic and the boys had a great time climbing all over the big rocks. 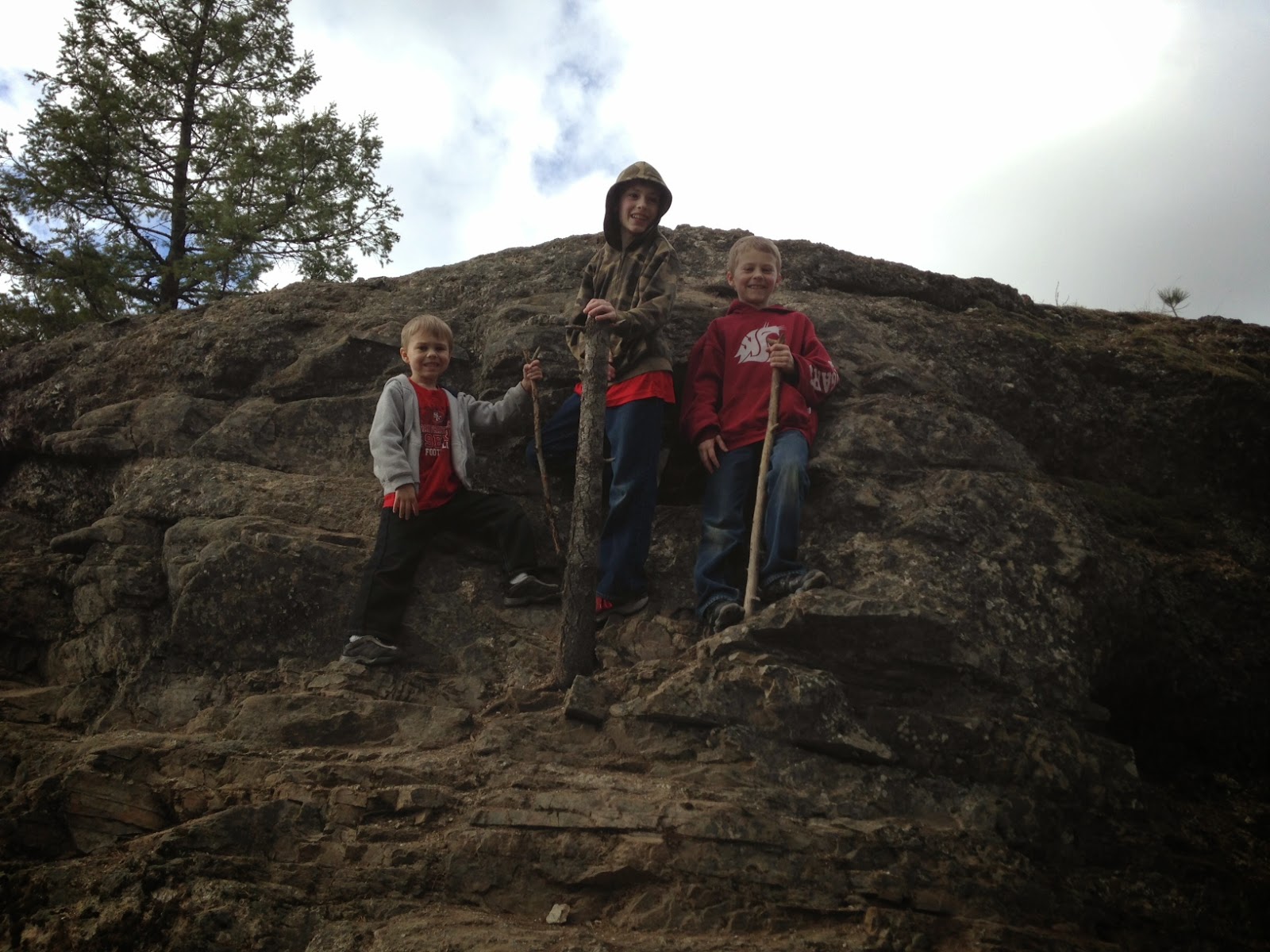 It was the first on the list in this post, and we had such a good time that I think we're going to work our way through the rest of them too.  It was nice to just get outside and do something together as a family.

It's almost time for the Whitney Awards again!  Last year I read a whole bunch of the nominated books, and I'm going to give it a shot this year, too, though my local libraries don't seem to have as many this time around.  I'm just about done with all five in the middle grade category, including this one that I read last year.  Then I'll start in on the two YA categories and see how far I get.  It's a great way to find interesting new authors and great new books!
Posted by Unknown at 5:00 AM