Nicholas Kristof and Sheryl WuDunn, the authors of Half the Sky, one of the most impactful books I've ever read, have another book out entitled A Path Appears.  It's also a PBS miniseries, the first episode of which you can watch at this link, at least until February 17.

A Path Appears focuses more on the solutions, on what people are doing to help and what we can do to contribute as well.  The episode I linked to above is about sex trafficking and prostitution in the United States and is profoundly moving and paradigm-shifting.  It's far more prevalent than any of us would like to believe, even in our own backyards, and almost always involves coercion and involuntary servitude - modern-day slavery.  It's horrifying and heart-breaking.  But there is hope.

Becca Stevens, is an Episcopal priest and her efforts to help women who have been trafficked are highlighted in the first episode of A Path Appears.  She founded Magdalene, residential communities helping women who have been trafficked, prostituted, and addicted.  She also created Thistle Farms, a series of companies that employ dozens of these women, helping them learn valuable skills to allow them to become more self-sufficient and successfully transition out of where they've been.

She's made a real difference to dozens, if not hundreds, of vulnerable women. She's one of my new sheroes.

I think she's dead on.  These messages, whether intentional or unintentional, matter.

I had a lovely date night with my husband this evening.  We finally watched the last Hobbit movie and I did this: 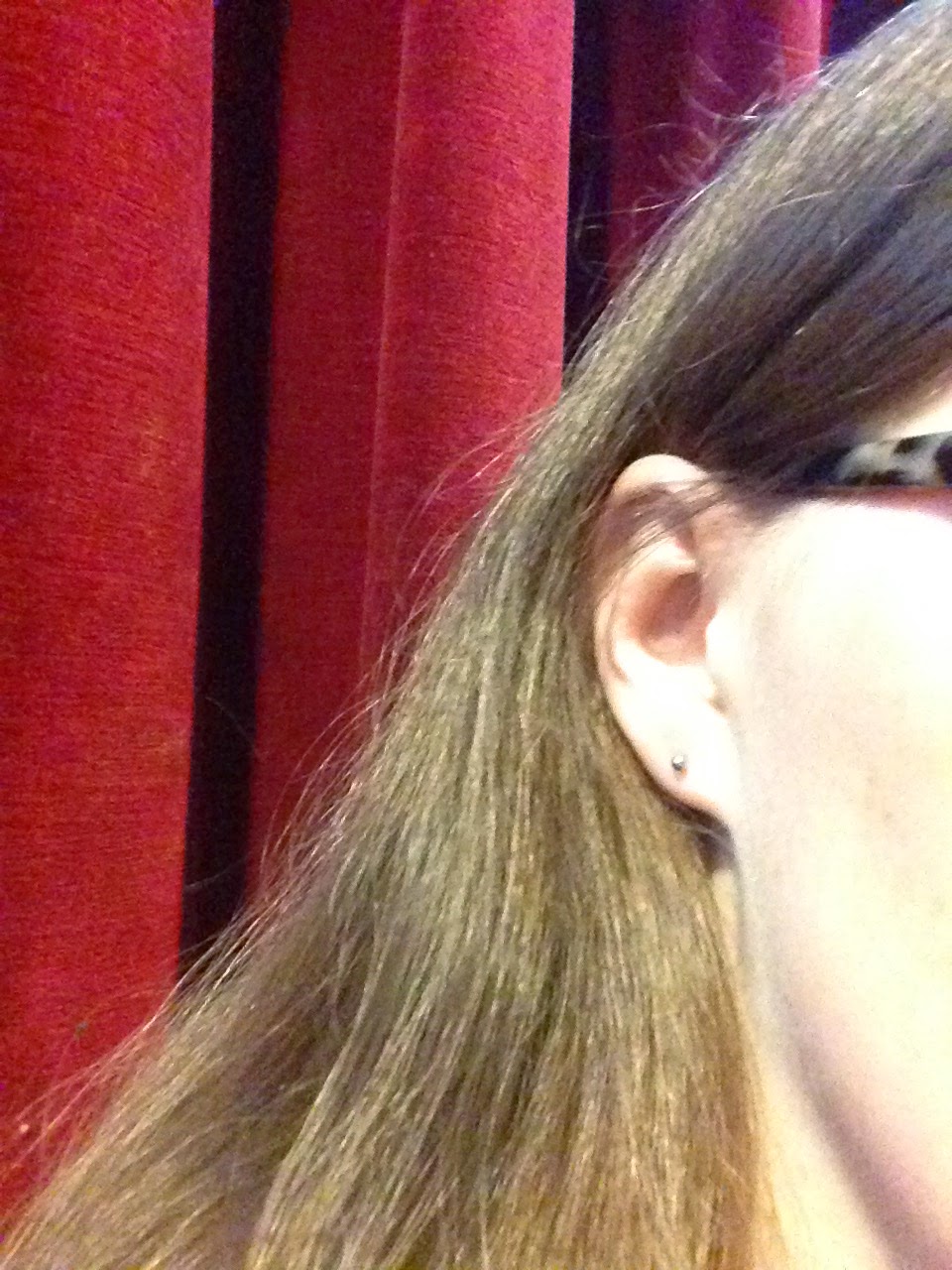 In case you can't see it, that's my newly re-pierced ear.  I first got my ears pierced when I was 12 or so, but about ten years ago I wasn't wearing earrings often and the holes closed up.  So in about six weeks, I'll be able to wear whatever earrings I want again.

Tried to talk my husband into a belly button ring, but he didn't go for it. ;)
Posted by Unknown at 10:11 PM