I have to admit struggling with Mother's Day a bit.  While I sincerely appreciate the recognition of my often under-appreciated and unappreciated efforts as a mom, I don't care for the pedestalizing, aggrandizing, over-the-top laudatory praises that make me feel like my less-than-perfect self is perpetuating a fraud because I will inevitably fail to measure up to the "angel mother" caricature.  Being a mother is absolutely precious to me, but it is not the only aspect of who I am and what I do that has value.

Also, I recognize that Mother's Day can be the source of great pain for some whose mothers were absent or abusive, for some who desperately want to become mothers and can't, for some who have lost their mothers or children.

So I'm sharing a few "sermons" here that acknowledge the tricky minefield that Mother's Day is for many women.

(For the record, I had a lovely Mother's Day.  I was fasting for the Nigerian schoolgirls and their families, so I asked my boys to forego their traditional Mother's Day breakfast in bed for me and just give me some quiet time in the morning instead.  After greeting me with enthusiastic hugs, they all went back downstairs and watched TV while I read a whole. entire. book. before afternoon church.  No extra meetings because of Mother's Day, chocolates from the ward, and dinner with my mom.  It was a good day.) 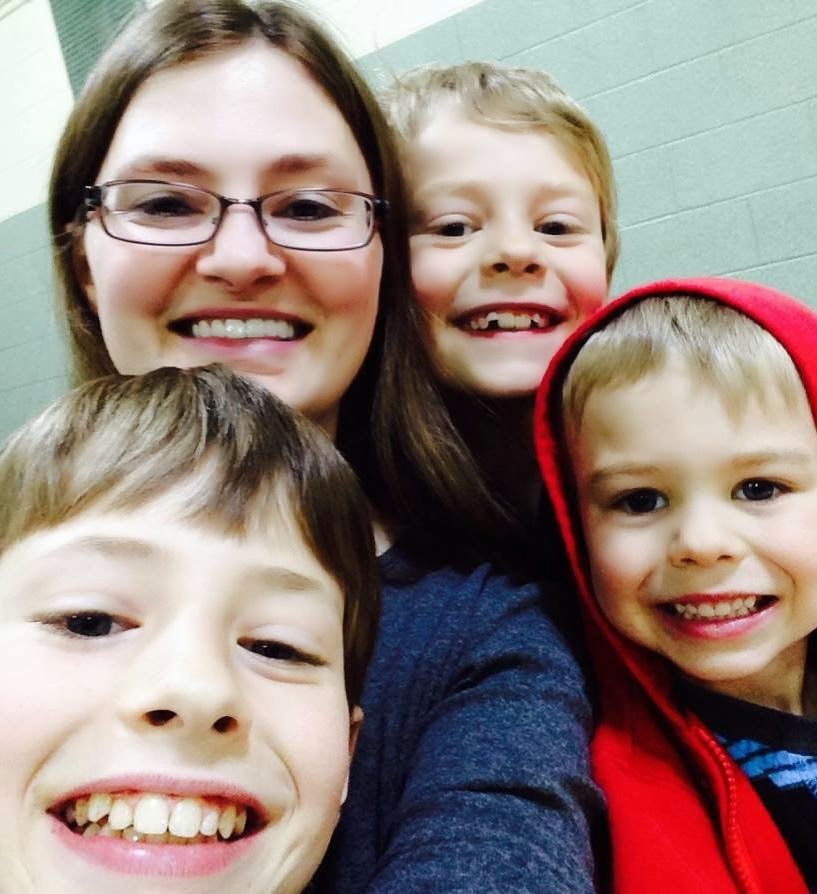 The first one is actually a couple of years old.  In "An open letter to pastors (A non-mom speaks about Mother's Day)", Amy Young addresses the difficulties head on with three suggestions on how to honor mothers without alienating others including my favorite: "acknowledge the wide continuum of mothering".

She followed that post up with another this year, appropriately named "Another open letter to pastors for Mother's Day (Beyond the surface of mothering)", in which she speaks to mothers. "Forgive us when we assume that what we see on the surface is all there is to your story," she starts out before listing dozens of women from the scriptures who mothered in a myriad of ways and each had her own struggles and challenges.

Seriously, read both of these posts if you want to understand how complex Mother's Day emotions can be for women.

One of my current intellectual girl-crushes is Rachel Held Evans.  She's a fabulous voice for progressive Christianity and I find myself nodding along and saying "Amen" every time I read a new post she's written.  In "3 Things You Might Not Know about Proverbs 31" she takes on one of the most widely used chapters in all of scripture to define what a "godly woman" is and does.


As I did more research, I learned that indeed the only instructive language in the poem is directed at the poem’s intended male audience: “Praise her for all her hands have done.” And yet many Christians interpret this passage prescriptively, as a command to women rather than an ode to women, with the home-based endeavors of the Proverbs 31 woman cast as the ideal lifestyle for all women of faith. An empire of books, conferences, products, and media has evolved from a subtle repositioning the poem’s intended audience from that of men to that of women...

The phrase in Proverbs 31 often translated as "virtuous women" actually means something closer to "woman of valor" (There's lots more on this topic in her book A Year of Biblical Womanhood, which I highly recommend.)

Make sure you read the part at the end about Ruth.

I believe that just as we have a Heavenly Father, we have a Heavenly Mother, completely equal partners in godhood, power, and majesty.  When blogger Kristi was asked to speak in church on Mother's Day, she decided to speak about the Mother of us all and then posted her talk online.  I love this story that she shares:


I have a friend with an 11-year old daughter. A few weeks ago, her Sunday School teacher explained that we don’t talk about Heavenly Mother because She is too sacred—that Heavenly Father is trying to protect Her. To this, my friend’s daughter replied: “But Heavenly Mother can handle it. She’s a god, not a wimp!” 11-year olds aren’t the only ones skeptical of the alleged “sacred silence” surrounding Heavenly Mother. And rightfully so! For the past 165 years, dozens of Church officials have acknowledged Heavenly Mother as a divine person, a co-creator of worlds, a co-framer of the Plan of Salvation, and a loving parent involved in our mortal probation. The idea that discussion of Her is inappropriate is a myth. The veil o’er the Earth is beginning to burst, and as it does, I believe we will receive more light and knowledge about our Mother in Heaven and Her relationship with us.


This beautiful tribute to four specific mothers - Eve, Mary, the author's own mother, and our Heavenly Mother - touched me.  I love these comments to and about Eve:


It often seems in this world that women can’t win; we either are too fat or too thin, too worldly or too homely, too bossy or too submissive. We are often too much of something or too little of something, and it can be very difficult for us to drown out those voices, feel peace and pure love towards ourselves, and take the best path ahead of us with confidence in our right to it and worthiness of it...

You searched your mind and heart diligently for the best path, and were willing to leave the comforts of the Garden of Eden and the presence of God to fulfill God’s purposes to bring to pass the “immortality and eternal life of man”. I believe you were able to do this because your eyes were single to the glory of God, and I am in awe of your courage and strength. I appreciate your broad view of the consequences of your own actions...

Thank you for being an example of thoughtfully and faithfully following the best path you could find. We see the consequences of that decision every day because we live in a fallen world. Many people have taken that phrase and blamed you for the fallen world without thanking you for the part that we live.

Thank you Eve for starting it all.

Next time you have to speak on Mother's Day, consider taking the topic from a different angle.  These four articles (five, really) should give you plenty of ideas.
Posted by Unknown at 5:00 AM