I love the way Neil Gaiman's mind works.  It is so deliciously quirky and clever with an openness to wherever his imagination roams that it's impossible not to be delighted by the surprising twists and turns of his stories. At the same time, I appreciate that he refuses to condescend to his younger readers.  His stories for the younger set often have a bit of darkness around the edges, even twinges of the horror genre (have you read Coraline? 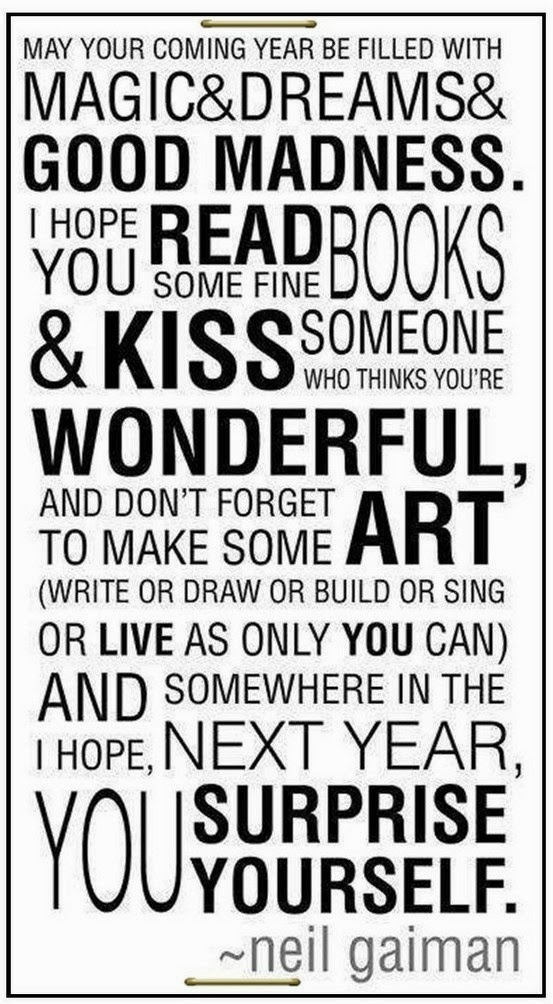 I recently discovered that Mr. Gaiman published two children's books in 2013, both delightful additions to his oeuvre, though each a bit of a departure from his standard fare.

In Fortunately, the Milk, Mom has gone off to a conference, leaving the two children in Dad's care. Everything is going along swimmingly until they realize that there's no milk left for breakfast.  No worries!  Dad will just pop on over to the corner store to get milk and all will be well.  But the children wait, and wait, and wait. And Dad doesn't return.  Finally he walks through the door with an elaborate tale of the odd adventures that delayed him.  Unfriendly pirates, aliens with an intense interest in home design and decorating, a hot air balloon, vampires, a stegosaurus, erupting volcanos, and time travel all feature heavily in the entertaining story, skillfully illustrated by Skottie Young.  Seriously, as fantastic as Gaiman's words are, the illustrations are worth far more than a thousand words each.

Fortunately, the Milk, is aimed at readers between 8 and 12, though I think younger children would find it humorous and engaging as well as older folk, too. The first time I read the book, I inhaled it in about 15 minutes and giggled the whole way through.  The second time I deliberately took it at a slower pace, paying closer attention to the details in the illustrations, and again giggled the whole way through. 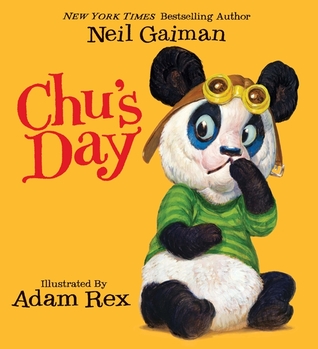 Again, the illustrations really make Chu's Day.  The deep, rich colors are warm and inviting, and Adam Rex gives each animal a personality and a task. I love the little snail that turns up in almost every picture and the nod to the Bremen Town Musicians at the circus.  My personal favorite is the orangutan, koala, and rhino team of trapeze artists. Of course, it's the rhino being tossed through the air.

Chu's Day
by Neil Gaiman, illustrated by Adam Rex
ISBN: 9780062017819
Buy it from Amazon here: (hardcover, paperback, audiobook, board book)
Find it at a local independent bookseller.
Look it up on Goodreads.
Check it out at your local library (find the nearest one here).
Posted by Unknown at 5:00 AM