I hope everyone had a great Fourth of July!  Ours was a quintessentially American celebration: family barbecue, baseball game ("our" team not only won, but we also got coupons for free pancakes and free tacos and a rebate on batteries!) and, of course, fireworks.  You can't get more traditional than that!

One of my more illustrious ancestors is Cornelius Peter Lott.  We're descended through his daughter Melissa, who was one of Joseph Smith's plural wives, and her second husband, Ira Willes.  If you've heard the story about Mary Fielding Smith crossing the plains and the mean old wagonmaster who didn't want her to come and told her he wouldn't help her and then left her behind when her oxen got sick...yeah, good ol' Corny was that infamous villain.

But, it turns out, there's more to the story.  As Cornelius pointed out, Sr. Smith really wasn't outfitted to cross the plains, and was only able to gather together (barely) sufficient supplies and oxen by begging and borrowing from others.  And he did provide her and her family with assistance as they traveled together.  Apparently, the major source for the "mean old wagonmaster" angle was Mary's protective oldest son, Joseph Fielding, who was only nine-years-old at the time, and was outraged that Br. Lott was being "mean" to his mother.  So it's quite possible his version isn't unbiased.

I've also recently learned that the Lott family was at Haun's Mill when the massacre occurred there, though they all survived, and that Cornelius was one of the very few men that Joseph Smith wrestled and couldn't throw.  Cornelius's skills at farming and caring for animals made him a valuable leader during the Nauvoo period and the trek west.  Interesting character all around.

If you'd like to read more, Cornelius has a facebook page and a blog and, of course, a wikipedia page.

On Wednesday I had a six-hour dental appointment.  Six.  Hours.  Impressions, prepping for veneers, temporary veneers, and one tiny filling while I was all numbed up anyway.  It was not my favorite way to spend a day.  But I'm that much closer to being DONE with all this dental work and having pretty teeth that actually stay in my mouth and do what they're supposed to do.  So that's a plus... 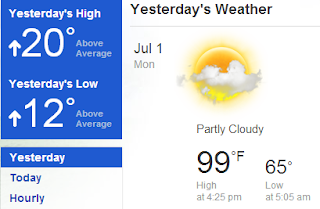 The back and forth is what's killing me; my body just hasn't had time to adjust.  Less than two weeks ago, the high was in the 50s and now you can practically fry an egg on the sidewalk.  I'm fine with either weather pattern, really, but let's try for a more gradual build-up next time, m'kay?
Posted by Unknown at 7:11 AM